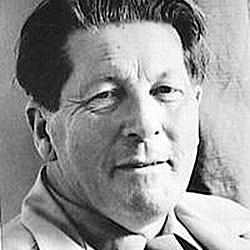 Rietveld, Gerrit Thomas (Utrecht 24 June 1888 – Utrecht 25 June 1964), Dutch architect and furniture maker, learned the trade of furniture maker in his father’s workshop (1899-1906). Between 1906 and 1911 he followed training in architectural drawing at, among others, P. Houtzagers’ in Utrecht. In 1911 he opened his own furniture-making shop, while in the evenings he followed an architect course at P.J.C. Klaarhamer’s. (1911-1915). During these years he met Van ‘t Hoff, Van der Leck, Van Doesburg and other future members of De Stijl, which he joined in 1919; his furniture designs from these years, in the characteristic primary colours (red, yellow and blue), are pure realisations of the beliefs of De Stijl. Established as an independent architect in Utrecht from 1919, he started to collaborate with the interior designer Truus Schröder-Schräder in 1921. The Schröder house in Utrecht (1924), an international pioneering design, in which he incorporated both the ideas of De Stijl in respect of the definitions function, construction, shape and space, as well as those of functionalism, the logical continuation of De Stijl. From 1923 Rietveld worked with Theo van Doesburg and Cornelis van Eesteren at times. In 1928, he became one of the founders of the CIAM (Congrès Internationaux d’Architecture Moderne). When De Stijl disbanded in 1931, it was the start of a difficult period for Rietveld also. His designs for working-class houses were never executed; modern architecture threatened to be eclipsed by a traditionalistic ‘national style’ and it was actually not until 1955 before Rietveld won back the reputation he deserved. His Work : Rietveld is often regarded as a ‘spontaneous genius’ who one day was able to create a red-blue chair and a Rietveld-Schröder house. That is an underrating of his thoughts and capabilities. One of his colleagues who certainly gave him his due was Aldo van Eyck who, in an article, wrote: “I admire Rietveld for his artistic skills, the magnificent things he made during his Stijl period. For the way in which he personally created a new architecture language which successfully evolved into what Mondriaan and Van Doesburg had in mind: a liberating human habitat, an environment which has taken shape in such a way that it would not give rise to anything frustrating.” Rietveld, from his lecture in the Centraal Museum in Utrecht: “In order for the transition and study to be released from tradition, tender and pure enough to be able to be the background and breeding ground for the new life, many ambitions had to be sung and whole-heartedly overcome again. De Stijl and the Bauhaus have done a lot in this respect. De Stijl almost scientifically searched for the elements of vision. We tried to find the most elementary things, the infinitesimal visual perceptions, we anatomised white light into 3 colours to which our eyes are sensitive, and we thought that the perception of red was an infinitesimal perception and thus a pure primary and elementary feeling. Those were the feelings we acted on”.  His Vision : “Works of art from the past have one thing in common which makes them instantly appealing, namely: clarity. Distance and a different attitude to life cannot disguise that. Contemporary art, criticisms and attempts to explain are often unclear. Differences in attitude to life and class push themselves to the forefront. Why is it that, with the best intentions, there is still so much disagreement about the recognition of and insight into contemporary art? Because, when talking art, people do not understand each other; it becomes an emotional issue.Contemporary art repels, because it tries to evoke something, and because it does not call up associations with familiar feelings”. What makes a man join the battle against the establishment in his birthplace of Utrecht? Why does he start experimenting with new models, new colours in his carpenter workshop? 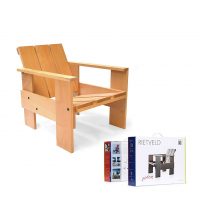 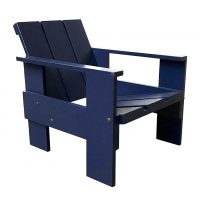 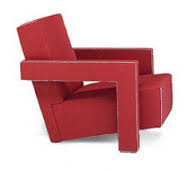