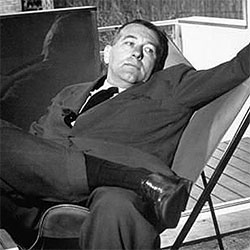 Jorge Ferrari Hardoy date/location * 1914 Buenos Aires † May 1977 Buenos Aires Argentine architect and designer. He is one of “the group of astral” who re designed the butterfly chair.Birthplace: Argentina Jorge Ferrari Hardoy was born in Buenos Aires in 1914. He received his degree in architecture from the Universidad de Buenos Aires in 1939. He had lived the previous year in Paris, where he worked with le Corbusier in the development of the “Plan Director para Buenos Aires.” On his return to Buenos Aires he became an active participant in the creation of CIAM Argentina and Grupo Austral. He is probably best known internationally for his BKF chair, designed together with Juan Kurchan and Antonio Bonet in 1939. Ferrari-Hardoy remained active as a designer, architect, and city planner until his death.      Underneathe you’ll find more about Hardoy. First of all we would like to inform you about the responsable group for the world famous BKF Chair.  In 1938 a team of architects – Antonio Bonet, Jorge Ferrari-Hardoy and Juan Kurchan – called Grupo Astral re-worked the chair so that two loops of bent steel rod were welded together to form a seemingly continuous frame. Prior to designing the Butterfly chair Jorge Ferrai-Hardoy, Antonio Bonet and Juan Kurchan worked in Le Corbusier’s office. BKF chair was introduced at the 3rd Salon de Artistas Decoradores interior design exhibition in Buenos Aires in 1940.Butterfly chair, also called B.K.F. chair, was probably inspired by an English folding chair used by British army officers in the 19th century. This folding chair was patented in 1877.The chair was originally mass-produced by Artek-Pascoe. In 1945 Knoll took over production and it was a tremendous success. Unlicensed knock-offs and the loss of a Knoll copyright suit have made this one of the most copied chairs of modern design and it became one of the most widely copied chairs in existence. An estimated 5 million of these chairs were produced during the 1950’s by numerous manufacturers under various names.The tubular steel frame was enamelled and the sling seat was leather. The original design used a leather sling seat and was in later models changed to canvas.  Study: to 1937 Escola de Arquitectura, Buenos Aires. Subsequently, journey to Europe; in Paris with its study colleague Juan Kurchan cooperation at the plan for Buenos Aires of Le Corbusier, which possessed d’Architecture Mod. (CIAM) as a representative of the Congrés boarding school a special interest in Latin America. 1937 initial member of the Grupo Austral. Particularly as town planners actively, among other things at the master plan for Buenos Aires, to which adjustment plans of Mendoza and San Nicolás as well as 1944 in the reconstruction of the city takes part San Juan. 1947-51 with Jorge Vivanco argentin. Delegates of the CIAM. Founder and director institutes de Arquitectura y Planeamiento of the Universidade del Litoral. Training activity: among other things. Lecturer to the Escola Industrial, La Plata, the Escola de Arquitectura y Urbanismo of the Universidade del Litoral and at the university of Buenos Aires. F. belongs to the generation of Argentine architects, who occurred for the modern trend. After the acquaintance with Le Corbusier and the Catalan architect Antoni(o) Bonet drew up F. and J. Kurchan in Buenos Aires the statutes of the architect and group of designers of Austral, those from 1937-41 with A. Bonet as presidents existed and the work of CIAM and CIRPAC (Comité boarding school pour la Résolution of the Problèmes d’Architecture Contemp.) to continue wanted. It developed numerous projects, discussed technical and theoretical problems, participated in exhibitions, competitions and congresses, stepped with progressive architects of other countries into contact, gave the magazine Nosotros out, organized cultural events and referred painters, sculptors, musicians, photographers, physicians, sociologists and paedagogues into its activities. Due to the contact to the building industry 1939 many plans for rural housebuilding, the university town of Buenos Aires on the area of the former port, the socially weak south part of the city, the historical center, the business quarter and the Corrientes road with hospitals, sports facilities, schools and university buildings developed. F. sketched 1938 with Bonet and Kurchan the armchair “BKF” (also as so-called bat armchair “Hardoy” admits and starting from 1947 of Knoll Associates produced), to its from four crossovers existing structure on from the Englishman the Joseph Beverley Fenby in 19. Century sketched armchair Tripolina is based. In it unite metal/steel and leather/material, industry and arts and crafts. The group of Austral occurred for the use of build upable industrial elements, for swung glass areas and sun visors, how the “studios” (1938) proved it with the street corner Suipacha and Paraguay. F. co-operated closely with Kurchan, among other things 1941-44 in a house in the road Virrey del Pino 2446 in the dockland Belgrano, in whose center a tree stands, behangen with North American artifacts. 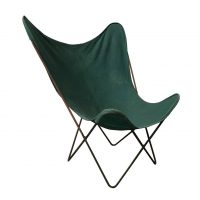 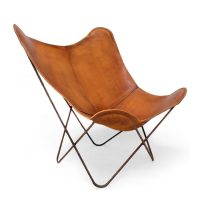 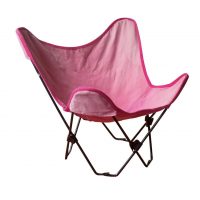 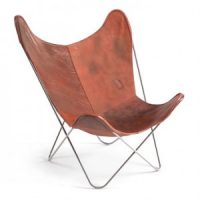 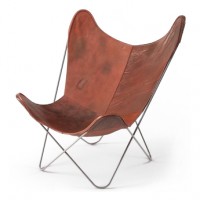